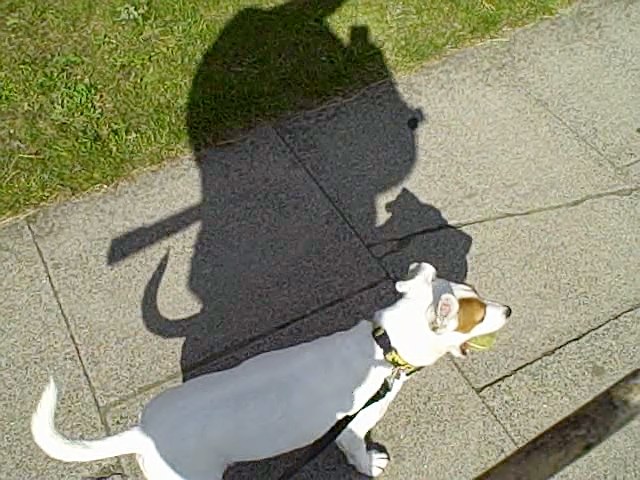 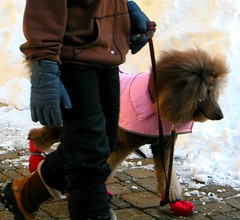 When walking your dog, no matter the destination – on the city streets, in parks or in open spaces – it is necessary that he respects the disciplinary rules settled before and learned, to avoid getting into problems with other animals or people we meet.

So let’s see how our little friend will have to act in some situations to more fun walking your dog:

1. Usually, in crowded places we will keep him in a leash walking your dog, to always have him under control. So he will have to know how to walk in a leash, near your foot, without pulling.

2. The dog is not allowed to jump on people or animals met or to attack any of those, as long as he isn’t aggressor walking your dog.

3. The dog shouldn’t run after bicycles, motorcycles, cars or people that are running. It is know that some dogs do that because of their hunting instincts.

4. When we let the dog free, to relax, it is crucial that when he is called he return on the shortest way and as fast as possible.

5. At a picnic, the dog is not allowed to pass thought other people’s carpets or to eat their food.

6. Wherever our dog might be, he is not to be allowed to eat food given by someone else or food found thrown around.

7. Generally, small dogs are more spoiled than big dogs and they are more aggressive, anti-social and afraid of other people or dogs. The ones to blame are the owners that often amuse themselves when they see their dogs acting this way. This way the dogs get to barking and even biting their own owner.

8. The dog must have the initial training learned and practiced, so we would have no problems when walking him.

9. All through the walk, the dog is not to chew on his leash or to pull it with his teeth, because it might happen that he is tied somewhere alone and he will chew on it until he becomes free and gets lost.

10. The dog is not allowed to jump up and out his front paws on us or others even if he is just playing. 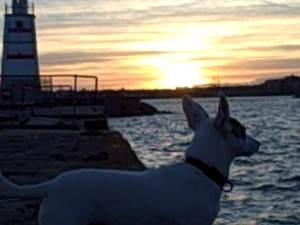